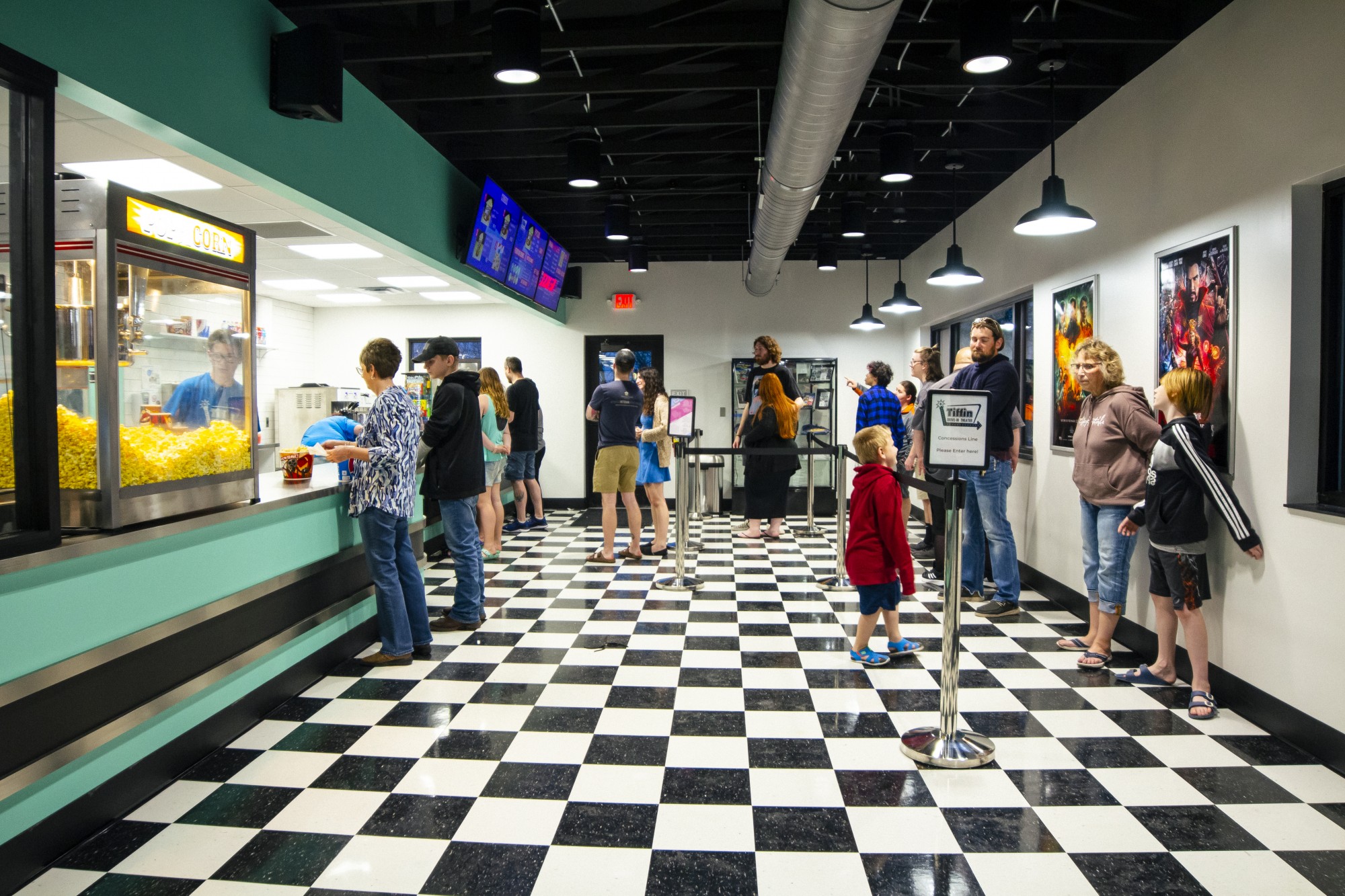 The newly renovated Tiffin Drive-In Theater will celebrate its Grand Re-Opening Weekend over the Memorial Day holiday weekend of Friday, May 27th through Sunday, May 29th.

The theater opened its 2022 season on April 8 after a year-and-a-half of major design, construction, and expansion to the facility. The Grand Re-Opening Weekend will serve as the new facility's official 'Hello' to the community. It will also launch the theater's Moonlite Diner daytime ice cream diner and grill and roll the theater into the summer blockbuster phase of the drive-in season.

The weekend will kick off with a ribbon-cutting event hosted by the Seneca Regional Chamber of Commerce Ambassadors on Friday at 4 pm. Gates will open for Friday's show at 6 pm. The movie centerpiece of the weekend is the highly anticipated premiere of the all-American action-adventure Top Gun: Maverick, starring Tom Cruise.

"We've redesigned, rebuilt, rebranded, and reimagined the entire theater," said new owner Michael Cole. "We wanted to carry on the tradition of the theater but create a unique facility that would allow us to take some new approaches to how to do a drive-in theater."

The facility's new food diner hearkens back to a 1950s eatery, complete with checkerboard floor and shiny metallic trim. Yet the cinematic presentation is generated by some of the latest and best equipment in the world.

"It's really a hoot that the most powerful cinema projector in the world is right here in our little drive-in in Tiffin, Ohio!" Cole said. "But it really is true. You won't find a better picture on any drive-in theater screen anywhere. The image it puts on that giant screen is spectacular. It's just unbelievably sharp. The brightness gives the picture a tremendously rich color palette, and the audiences love it."

In addition to the new building and new equipment, the facility is surrounded by a social plaza with picnic tables where customers can dine and mingle before and during the shows. The theater's lot was also expanded by 45 parking spots to accommodate larger crowds. The drive-in's two screens were newly rebuilt back in October of 2020, the first phase of the long-term project.

The weekend will mark the opening of the theater's diner into a newly expanded daytime ice cream and grill eatery, introducing its new name, The Moonlite Diner. New daytime ice cream treats, and snacks will complement the existing drive-in food fare of burgers, hot dogs, pizza, pretzels, french fries, ribbon fries, popcorn, and other items of the movie-time menu. Games like cornhole and ladder golf will be available for patrons to play at The Moonlite Diner, and before the drive-in movies as well.

"The Moonlite Diner will make the Tiffin Drive-In Theater a place of good food and entertainment both day and night," Cole said.

Prizes such as carload passes will be raffled to early-arriving movie-goers all three nights. A pre-show radio broadcast called "Tiffin Drive-in Radio" will be broadcast live over FM 87.9. The broadcast will carry music, announcements, upcoming shows, interviews, trivia, and the prize drawings before each show.

"We are building a unique atmosphere of good-natured fun and entertainment at the theater," Cole said. "We hope everyone comes out to experience the fun and nostalgia and just plain good times waiting for them at the drive-in."