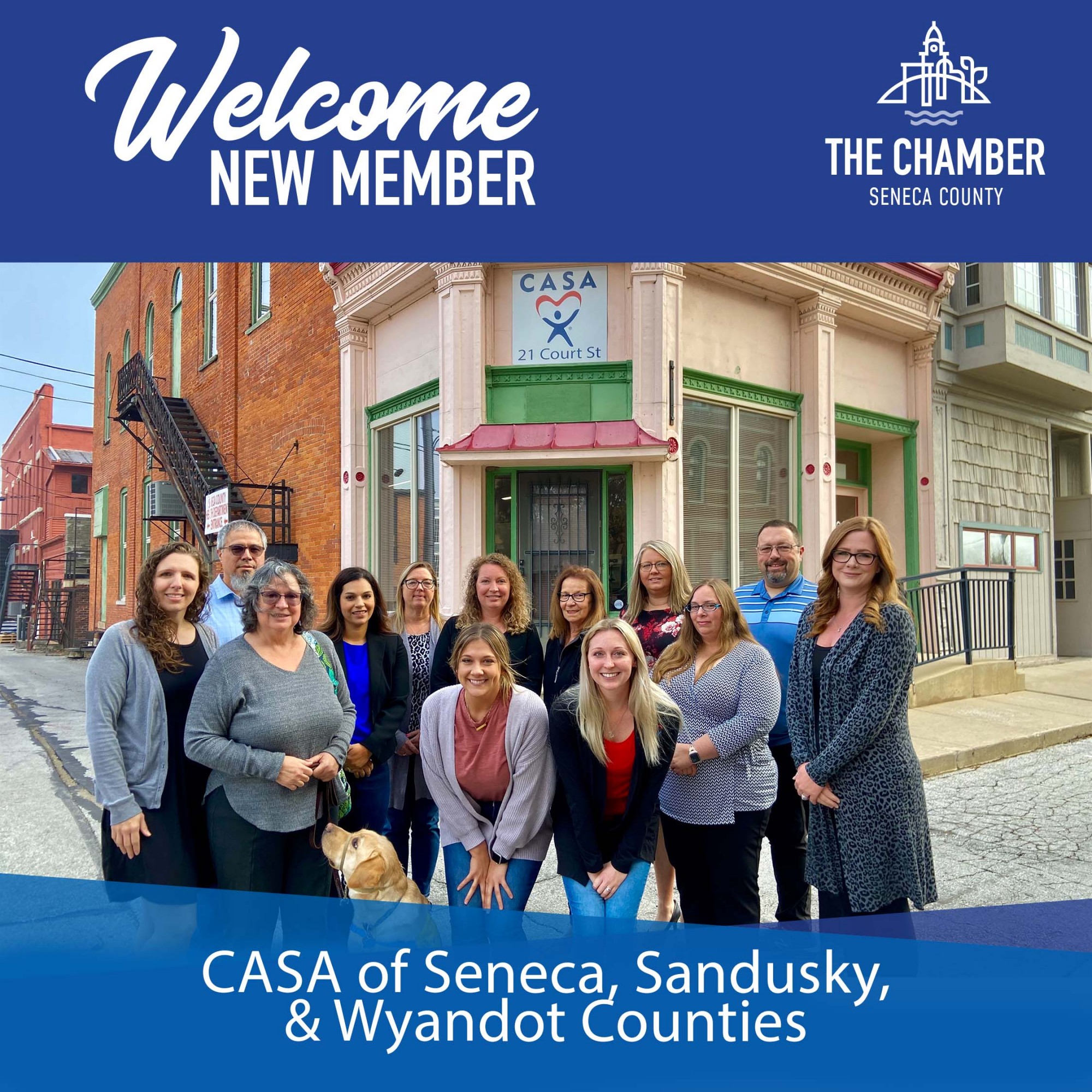 CASA stands for Court Appointed Special Advocates and serve as a voice for a child in court! CASA is a national, volunteer-based organization that trains people to become volunteer advocates for children. CASA of Seneca, Sandusky, and Wyandot counties is a non-profit agency and had been serving locally abused and neglected children since 1990. Their mission is that they believe children deserve a safe, permanent, and supportive environment to live. The vision of CASA is that by drawing on community resource to accomplish the goals of child protection, CASA will provide a trained Guardian ad Litem for every child in Seneca, Sandusky, and Wyandot Counties who requires one.

The local CASA program began in Seneca County in 1990 when the Seneca County Task Force notices the large number of child abuse cases being reported, and so they recommended that a CASA program be started. With the help of Seneca County Juvenile Court Judge Gerald Myer and the Family Preservation Council, as well as funding from the Mental Health Services Board, the Seneca County Commissioners, and Tiffin-Seneca United Way, the program was born! The need to help children continued to be great, so with the approval from the Sandusky County Juvenile Court Judge Brad Culbert, the Sandusky County program was added in 1992. The work didn't stop there! Wyandot County was added in 1998 with the help of Wyandot County Commissioners. From this point on, they were known as what they are called today, CASA of Seneca, Sandusky, and Wyandot Counties!

So what does a CASA volunteer do? The responsibilities of a CASA volunteer fall into three categories which are conducting an investigation, spending time with the child, and attending court on behalf of the child. When a CASA volunteer is appointed to a case, they act as an investigator to try and figure out the circumstances of the child's abuse or neglect and how it can be prevented from happening again. To do this, the volunteer reviews records involving the child and family, interviews the family and various other individuals, and they interact with the child. One of the most important roles as a CASA is to spend time and form a relationship with the child. Volunteers will ask what the child wants throughout this difficult situation and be able to report this to the Judge through a written report. After a volunteer has collected all of this information, they attend court to let the Judge know their findings, what the child's wishes are, and what the volunteer believes is in the best interest of the child.

CASA of Seneca, Sandusky, and Wyandot counties are always looking for volunteers! All one needs to do to become a volunteer is submit an application and participate in their next training session! CASA's training will teach you everything you will need to know about advocating for children. No prior experience is necessary, but their children require an advocate who have qualities such as professionalism, dependability, credibility, a good gauge of common sense, and a strong commitment to children. Applicants are required to be 21 years or older and be able to pass a background check that CASA will provide!

CASA hosts annual events such as Stars Dancing for CASA, the Tiffin Zombie Run, and the Baumann Car Charity Raffle, that all help to raise money for the mission of the program. Outside of being a direct CASA volunteer, you can still make an impact on the program. Support CASA by shopping on AmazonSmile, contribute to CASA by using Kroger Community Rewards, donate supplies for the children they serve, or purchase instant lottery tickets (pull tabs) from local establishments where CASA is the beneficiary.